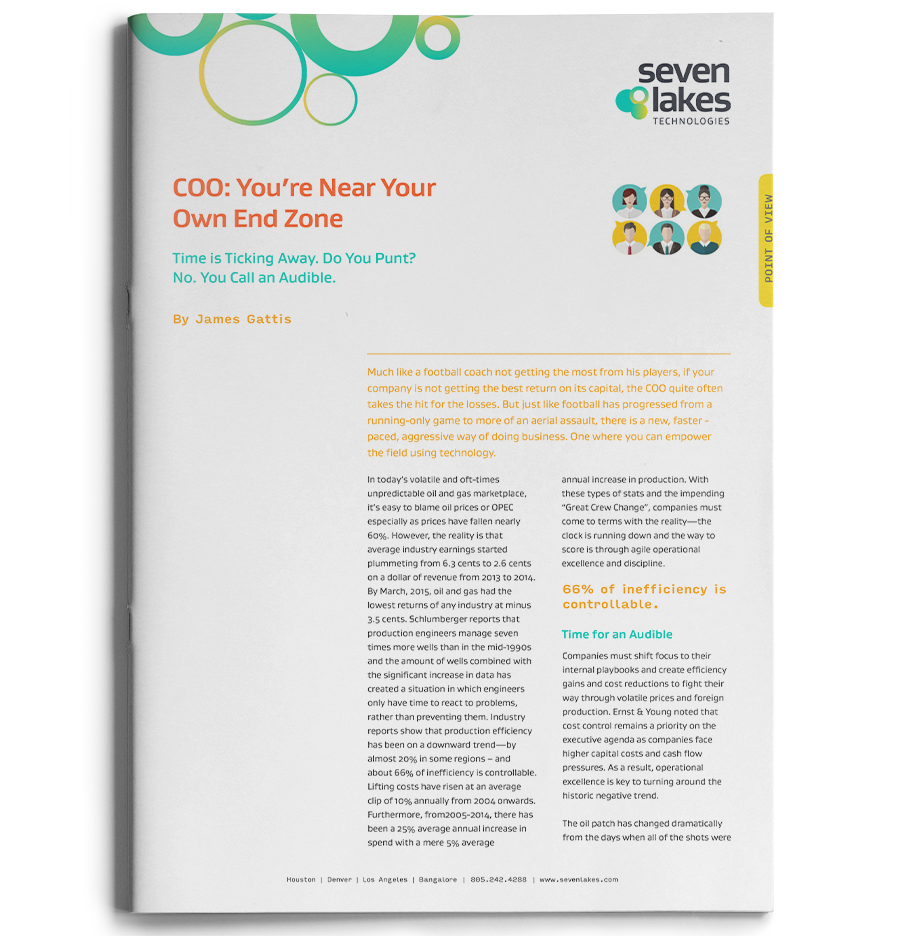 COO: You’re Near Your Own End Zone

Much like a football coach not getting the most from his players, if your company is not getting the best return on its capital, the COO quite often takes the hit for the losses. But just like football has progressed from a running-only game to more of an aerial assault, there is a new, faster-paced, aggressive way of doing business. One where you can empower the field using technology.

Companies must shift focus to their internal playbooks and create efficiency gains and cost reductions to fight their way through volatile prices and foreign production.

To learn more, read our latest paper to learn how COOs are achieving operational excellence!

Power your People with Solutions Tailored for Oil and Gas.